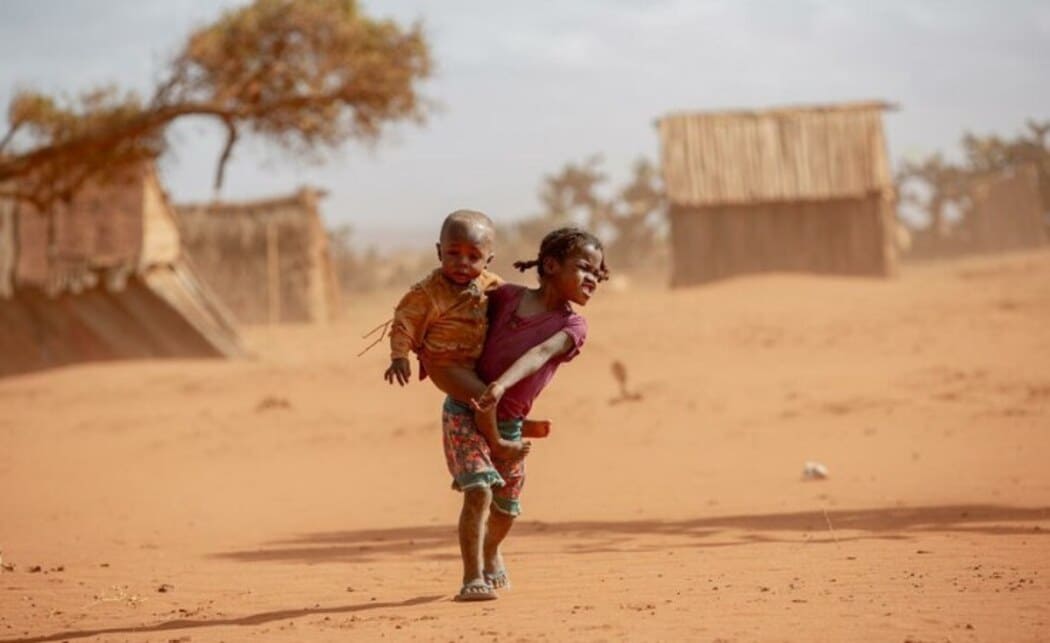 The cutting down of trees in tropical rainforests releases more greenhouse gases into the atmosphere than all of the automobiles and trucks that are driven on the roads across the globe combined. The use of slash and burn techniques in agricultural production is prevalent across the majority of Madagascar. According to the Environmental Defense Fund (EDF), "tree clearance will dump another 200 billion tonnes of carbon dioxide into the environment in the next generations...," unless we reform the current system that favours the elimination of forests.

As a result, the repercussions of climate change are brought to light through the traditional agricultural practise known as "Tavy" throughout Madagascar. First, it contributes to the warming of the whole planet, and second, it degrades the quality of the water supply. As was previously mentioned, trees are responsible for the absorption of greenhouse effect (GHGs), such as carbon dioxide, which stops these gases from building up in the environment. In addition to this, whenever trees are cut down, the carbon that they have been accumulating for years is released into the environment. In addition, trees emit water vapour into the weather; hence, a reduction in the number of trees leads to a reduction in precipitation. Because of this, the temperature rose steadily over a long period of time, and when the rain finally arrived, Madagascar was pounded by extremely severe cyclones and heavy rain. As a result, trees and plants serve not only as a visual barrier but also as a physical barrier to delay water as it flows off the ground. This is significant in terms of groundwater. Because of this, sea level rise has an effect on aquatic resources, particularly in terms of prices; as a consequence, saltwater is moving into freshwater, which causes the salinity of the groundwater to increase. Deforestation has a number of effects on the environment and climate, one of which is hail. In the instance of Antananarivo, which is the metropolis of Madagascar, hail was observed as a result of a typhoon in the previous year. When hail has completely melted, the water that remains has the same impact on the ecosystem that rain water does.

Malagasy cyclones and hailstorms are made worse by the country's reliance on antiquated agricultural techniques. Up to 90% of the country's original forest cover has been cleared. Clear-cutting forests to make room for farmland is a major cause of deforestation. This cutting down of trees is a symptom of the larger problem of climate change.

In conclusion, the health of water supplies is at danger result of climate change, and coastal flooding into groundwater increases the salinity of both.

The author confirms sole responsibility for the following: study conception and design, data collection, analysis and interpretation of results, and manuscript preparation.

The authors did not receive any specific grants from funding agencies in the public, commercial, or non-profit sectors for the research, authorship, and/or publication of this article.

All authors declare that they have no conflicts of interest.

Software And Tools Use

I thank the following individuals for their expertise and assistance in all aspects of our study and for their help in writing the manuscript. I am also grateful for the insightful comments given by anonymous peer reviewers. Everyone's generosity and expertise have improved this study in myriad ways and saved me from many errors.

Copyright: ©2023 Corresponding Author. This is an open access article distributed under the terms of the Creative Commons Attribution License , which permits unrestricted use, distribution, and reproduction in any medium, provided the original author and source are credited.

Debords, Fenitra. “MADAGASCAR: A CASE STUDY OF THE Consequences of Climate Change ON THE COUNTRY'S Groundwater.” Scientific Research Journal of Environment, Earth and Physical Science, vol. 1, no. 1, 2022, pp. 19-22, https://isrdo.org/journal/SRJEEP/currentissue/madagascar-a-case-study-of-the-consequences-of-climate-change-on-the-countrys-groundwater

Debords, F. (2022). MADAGASCAR: A CASE STUDY OF THE Consequences of Climate Change ON THE COUNTRY'S Groundwater. Scientific Research Journal of Environment, Earth and Physical Science, 1(1), 19-22. https://isrdo.org/journal/SRJEEP/currentissue/madagascar-a-case-study-of-the-consequences-of-climate-change-on-the-countrys-groundwater

Debords Fenitra, MADAGASCAR: A CASE STUDY OF THE Consequences of Climate Change ON THE COUNTRY'S Groundwater, Scientific Research Journal of Environment, Earth and Physical Science 1, no. 1(2022): 19-22, https://isrdo.org/journal/SRJEEP/currentissue/madagascar-a-case-study-of-the-consequences-of-climate-change-on-the-countrys-groundwater

Total article views: 58 (including HTML, PDF, and XML)
Thereof 58 with geography defined and 0 with unknown origin.
No records found.